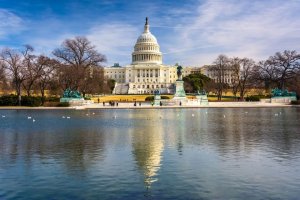 In the very early hours of Saturday morning December 2, 2017, the Senate passed its version of proposed tax reform legislation, the “Tax Cuts and Jobs Act” 51-49, with Senator Bob Corker (Tenn.) as the only Republican voting against the bill. The House previously passed its own tax bill on November 16, 2017. With Saturday’s Senate action, the House will meet Monday, December 4, 2017, and vote whether to send both bills to a conference committee for reconciliation or to move forward with the Senate’s version of the bill. This sets the stage for a possible enactment of a final bill before the New Year.

Details
The Senate bill is similar to that passed by the House; however, there are some significant differences that must be reconciled between the two houses. The Senate bill, for example, provides seven individual rate brackets with the highest at 38.5 percent, while the House bill provides for four rates with the top rate at 39.6. Both bills raise the standard deduction, with the House doubling the deduction to $24,400 and the Senate raising the deduction to $24,000 for married couples filing a joint return, and both bills eliminate personal exemptions. Regarding state and local taxes, both bills would repeal the individual state and local income tax deduction, while allowing individuals to deduct up to $10,000 of U.S. property taxes. The Senate bill increases the child credit to $2,000; the House bill increases the credit to $1,600. Mortgage interest would be deductible for debt up to $1 million in the Senate bill; the House would cap debt at $500,000 and only for indebtedness on taxpayers’ principal residence. The House bill repeals the individual alternative minimum tax (“AMT”), while the Senate bill retains the AMT but raises the exemption amount. The Senate bill also repeals the individual health insurance mandate.

There are also provisions in the Senate bill addressing passive and mobile income, including rules relating to (i) taxing U.S. shareholders of CFCs on their portion of amounts treated as “global intangible low taxed income” through a complex calculation, (ii) permitting a deduction for domestic corporations for certain specified percentages of foreign-derived intangible income of the domestic corporation and global intangible low-taxed income, which is included in income of such domestic corporation (subject to limitations), and (iii) permitting transfers of certain intangible property from CFCs to U.S. shareholders in a tax efficient manner for a three-year period of time.

Additionally, the Senate bill includes a number of significant modifications to the CFC subpart F rules, including (i) the elimination of an inclusion of foreign base company oil-related income, (ii) an inflation adjustment of the de minimis exception for foreign base company income, (iii) the repeal of an inclusion based on the withdrawal of previously excluded subpart F income from qualified investment, (iv) the modification of the stock attribution rules for determining status of a foreign corporation as a CFC (this modification would make it more likely for a foreign corporation to be treated as a CFC as a result of stock of certain related foreign persons being attributed downward to a U.S. person), (v) the modification of the definition of U.S. shareholder by incorporating a 10-percent value test in determining who is a U.S. shareholder (thus, making it more likely for a person to be a U.S. shareholder and a foreign corporation to be a CFC), (vi) the elimination of the requirement that a corporation be a CFC for 30 days before subpart F inclusions apply, (vii) making the CFC look-thru rule of section 954(c)(6) permanent, and (viii) the modification of section 956 (which deals with investments in U.S. property) to provide that corporations that are eligible for a deduction for dividends from CFCs will be exempt from a subpart F inclusion for investments in U.S. property.

Moreover, the Senate bill includes a number of provisions designed to address base erosion, including rules relating to (i) limiting the deduction for interest expense of domestic corporations that are members of a worldwide affiliated group with excess domestic indebtedness when certain conditions apply, (ii) limiting income shifting through intangible property transfers (including treating goodwill and going concern value and workforce in place as section 936(h)(3)(B) intangibles), (iii) disallowing a deduction for certain related party interest or royalty payments paid or accrued in certain hybrid transactions or with certain hybrid entities under certain circumstances, (iv) not permitting shareholders of surrogate foreign corporations to be eligible for reduced rates on dividends under section 1(h), and (v) providing for a base erosion and anti-abuse tax which requires a corporation to pay additional corporate tax in situations where the corporation has certain “base erosion payments” and certain conditions are satisfied (a complex formula is used for determining this tax). Very generally, these rules can apply to corporations (other than a RIC, REIT or S corporation) where the average annual gross receipts of which for a three tax year testing period are at least $500 million and the “base erosion percentage” for the tax year is four percent or higher. Base erosion payments generally are certain deductible payments to related foreign persons and certain amounts paid or accrued to related foreign persons in connection with the acquisition of depreciable or amortizable property, as well as certain payments to expatriated entities. There are several definitions, special rules and exceptions in applying this provision.

The Senate bill also modifies the foreign tax credit system in several ways, including (i) repealing the section 902 indirect foreign tax credit and providing for the determination of the section 960 credit on a current year basis, (ii) providing a separate foreign tax credit limitation basket for foreign branch income, (iii) accelerating the election to allocate interest on a worldwide basis, (iv) sourcing income from the sales of inventory solely on the basis of production activities, and (v) modifying section 904(g) by providing an election to increase the percentage of domestic taxable income offset by overall domestic loss treated as foreign source.

Finally, the Senate bill also contains rules relating to (i) restricting the insurance business exception to the PFIC rules, (ii) repealing the fair market value method of interest expense apportionment, (iii) modifying the source rules involving possessions, and (iv) codifying Rev. Rul. 91-32 relating to a foreign person’s sale of a partnership interest where the partnership engages in a U.S. trade or business.

Insights
The Senate’s passage of its tax reform bill paves the way for the House to choose to either move forward with the Senate version of tax reform or request a conference committee to reconcile the House’s and Senate’s bill. If the House moves forward with the Senate version or a reconciled bill can garner the support of a majority of the Senate, it may receive quick passage by both the House and Senate, leading to enactment before the end of the year.

For more information on how this could affect you, please contact us today!