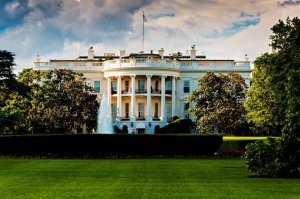 On Wednesday December 20, 2017, the House and the Senate passed the tax reform legislation that had been referred to as the “Tax Cuts and Jobs Act”. The legislation passed contained three amendments from the previously published H.R. 1 bill agreed upon by the House and Senate conference committee. These amendments were required to ensure that the bill did not violate the Senate’s Byrd Rule. The bill’s short title was removed. That means the bill will not be known as the “Tax Cuts and Jobs Act” but rather as “An Act to provide for reconciliation pursuant to titles II and V of the concurrent resolution on the budget for fiscal year 2018”. The bill will now makes its way to the President for final review and signature.

The bill proposes significant legislative changes to the tax system, which includes substantial international tax reform. When enacted, this will be a major overhaul of the Internal Revenue Code (“IRC”) that will impact every taxpayer in the U.S. The implications are far reaching, and include considerable impacts on financial statement reporting.

There is not much time left to start planning and properly preparing to account for all the implications tax reform will have on financial statements.  We have summarized in this alert the key considerations for financial reporting. A more detailed analysis is forthcoming.

Tax Law Implications
When enacted, the bill will change the current tax system for corporations, generally beginning with taxable years starting after December 31, 2017. The bill will reduce the corporate tax rate from a graduated set of rates with a maximum 35 percent tax rate to a flat 21 percent tax rate. Additionally, the bill will introduce many changes that impact corporations, such as a net operating loss (NOL) deduction annual limitation, an interest expense deduction annual limitation, elimination of the alternative minimum tax, and immediate expensing of the full cost of qualified property.

The bill will also introduce a substantial international tax reform that moves the U.S. toward a territorial system, in which income earned in other countries will generally not be subject to U.S. taxation. However, the accumulated foreign earnings of U.S. shareholders of certain foreign corporations will be subject to a one-time transition tax. Amounts held in cash or cash equivalents will be subject to a 15.5 percent tax, while amounts held in illiquid assets will be subject to an eight percent tax. Taxpayers can elect to pay the transition tax over an eight year period using specified percentages (eight percent per year for the first five years, 15 percent in year six, 20 percent in year seven, and 25 percent in year eight), or chose to pay the amount in one lump sum. Also, taxpayers can use NOL and foreign tax credit (FTC) carryforwards to offset the transition tax liability (an election can be made to utilize FTC carryforwards before NOL).

Going forward, foreign earnings of U.S. shareholders of certain foreign corporations will be exempt from U.S. taxation, except for certain foreign income that will still be subject to the U.S. anti-deferral rules (i.e., subpart F of the Internal Revenue Code) and new anti-base erosion rules that are designed to ensure U.S. corporations do not shift income to jurisdictions with no or a very low tax rate (e.g., Cayman Island).

Tax Accounting Implications
U.S. accounting standards under Topic 740 (Accounting Standards Codification or ASC 740) require remeasurement of all U.S. deferred income tax assets and liabilities for temporary differences and NOL carryforwards from the current rate of 35 percent to new corporate rate of 21 percent. The cumulative adjustment will be recognized in income tax expense from continuing operations as a discrete item in the period that includes the enactment date. Consequently, a calendar year-end company will need to adjust its deferred taxes in the December 31, 2017 financial statements. Further, SEC registrants will need to file their year-end financial statements 60-90 days after year-end.

The transition tax on accumulated foreign earnings will cause many U.S. corporations to recognize a U.S. tax on foreign earnings that were previously deemed permanently reinvested outside the U.S. The repatriation tax will also be recognized in income tax expense from continuing operations of the period of enactment. The tax calculation is complex and involves many variables and considerations (e.g., earnings and profits since 1986 and cash and cash equivalent balances at two particular dates). Foreign withholding tax that will be incurred on cash repatriation and foreign exchange translation effects will also be considered in the measurement of the repatriation tax and reflected in the enactment period accounting. The transition tax can be offset by NOL and FTC carryforwards and therefore will be considered a source of income for valuation allowance accounting purposes. Valuation allowance changes due to the transition tax will also be recognized in the enactment period accounting.

Going forward, the various changes affecting corporations will have significant ASC 740 implications. For example, a new annual limitation on NOL utilization could result in more complexity and unfavorable valuation allowance consequences. A new annual limitation on interest deduction will introduce complexity, judgement and uncertainty into the determination of interest deducibility. New proposed international tax rules designed to eliminate incentives to keep foreign income in low tax jurisdictions will also create new challenges and complexities for ASC 740 purposes. A provision to encourage U.S. export of intellectual property (IP) provides a deduction for IP derived income, likely to be accounted for as a permanent benefit in a company’s effective tax rate instead of being reflected in deferred income taxes. All these will have corollary impacts on valuation allowances and uncertain tax benefits (FIN 48 liabilities) and will ultimately impact the effective tax rate.

Income tax disclosures should not be overlooked. The tax footnote disclosures included in annual financial statements of the enactment period will have to provide sufficient information on the cumulative effect of the tax reform enactment. There is a requirement to disclose significant components of income tax expense from continuing operations including the effect of a tax law and tax rate changes. This disclosure will also include the effect on the valuation allowance due to tax reform enactment. For many public companies, the income tax footnote’s effective tax rate disclosure which reconciles the statutory rate to the effective rate will have a reconciling item or items for the cumulative effect of the tax reform enactment.  The various balance-sheet related disclosures of deferred taxes, NOL and credit carryforwards, and uncertain tax benefit liabilities could also be affected.

Audit Considerations
The expected passage of a major U.S. tax reform so close to year end will create disruption to the audit process and work expected for the 2017 financial reporting season. Being proactive in addressing the changes will be critical to easing the process. Preparers and auditors should learn the significant changes and understand the impact these will have on reported balances. The learning and assessment should begin now given a compressed timeline to avoid the possibility that tax balances may not be accurately accounted for in 2017 financial statements.

Auditing standards require an assessment of the overall risk of material misstatement to plan and perform an effective audit. This legislation will likely result in additional audit risk considerations to all preparers and their external auditors. Preparers should expect targeted audit procedures to address these additional risks and to provide audit evidence necessary to support reported amounts. This will include providing detailed calculations and documentation. Importantly, early discussion and sharing of information with external auditors concerning the underlying accounting impact in advance of management’s final assessment will help prevent last minute audit surprises.

The internal control framework or environment within an organization will also be affected by the passage of this major U.S. tax reform. New controls or revisions to existing controls might have to be designed and implemented. Auditors will need to evaluate the design of these controls and when applicable, test the operating effectiveness of such controls. If management intends to use certain permissible estimates within its calculations, it should be clear how the estimates were developed, the contradictory information that was considered and how management concluded the estimate was materially accurate.

SEC Reporting Implications
Registrants will need to consider the impact of the Act on the disclosures within Management’s Discussion and Analysis (“MD&A”), specifically as it relates to liquidity, the results of operations, and critical accounting estimates.

A discussion is required of known trends, commitments, events, or uncertainties associated with the Tax Reform that are reasonably likely to result in liquidity increasing or decreasing in any material way, on both a short-term and a long-term basis. A registrant with significant foreign earnings must consider the impact of the one-time transition tax, including any changes to its contractual obligations table if the liability is to be paid in annual installments. Furthermore, the ongoing effects of other changes (e.g., the reduced corporate tax rate, among others) should be discussed.

A discussion of the impact of the Tax Reform on the results of operations should include (i) the one-time impact of the change in the corporate tax rate on deferred tax assets and liabilities (DTAs and DTLs), (ii) the one-time transition tax if the registrant has material foreign operations, and (iii) the ongoing impact of the reduced corporate tax rate and other changes. The first two items above should be consistent with amounts reflected in the effective rate reconciliation in the footnotes to the financial statements.

A discussion will need to be updated to address the material uncertainties associated with the estimates made within the tax provision, including a discussion surrounding the estimate of the one-time transition tax if the registrant has material foreign operations and there are significant uncertainties around the amount reflected in the financial statements.

If the Tax Reform is signed into law after the balance sheet date but prior to the issuance of interim or/and annual financial statements, the passage will be a known event that (presumably) is reasonably likely to materially affect operating results and liquidity. Therefore, a registrant should discuss the expected effects on future operating results and liquidity. A registrant should also consider disclosing (via a footnote to the contractual obligations table) the material change in other long term liabilities that occurred after year-end.
Insights
Preparers of financial statements face a daunting task of having to learn, understand, and react to a monumental corporate tax overhaul within a compressed time period, as the enactment of the Tax Reform by December 31, 2017 appears imminent. This development comes at the time when many preparers are still working toward the January 1, 2018 adoption of a new revenue recognition standard (ASC 606).  Successful implementation and financial reporting (accounting and SEC) for all of the anticipated Tax Reform effects requires a multidisciplinary approach, drawing on people from finance, accounting, tax, and human resources. External auditors will also face considerably more work and audit considerations in relation to audits of financial statements and internal controls.

For more information on how this could impact you, please contact us today!