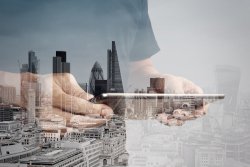 As you scramble to get up-to-date on changes to the federal tax rules under the Tax Cuts and Jobs Act, there also will be major changes to U.S. Generally Accepted Accounting Principles (GAAP). Here’s an overview of the major accounting rules that will change over the next few years. These changes are likely to require updates to your recordkeeping practices and accounting systems, so you can’t afford to wait until the last minute to implement them.

Starting in 2018 for public companies and 2019 for private ones, revenue must be reported using new principles-based guidance. Accounting Standards Update (ASU) No. 2014-09, Revenue from Contracts with Customers, doesn’t affect the amount of revenue companies report over the life of a contract. Rather, it affects the timing of revenue recognition. In general, companies with long-term contracts will report revenue earlier under ASU 2014-09 than they do under the current rules.

The new guidance requires these steps as you report revenue from contracts:

Because the tax rules for reporting revenue are based on an “all events” test, companies may report different amounts of revenue in a given period for book and tax purposes. However, the IRS is currently researching whether companies, for tax purposes, should automatically be allowed to follow their book method of accounting for revenue.

ASU 2014-09 is expected to have a major effect on companies that enter into long-term contracts with customers. Examples include construction firms, software and wireless providers, and media companies. Though some entities won’t notice a significant change on their income statements, virtually everyone will be affected by the standard’s expanded disclosure requirements. The new guidance calls for you to disclose more information about the nature, amount, timing and uncertainty of revenue that’s recognized.

Just a year after the new revenue recognition standard goes live, the rules for reporting leases will undergo major changes. ASU No. 2016-02, Leases, goes into effect in 2019 for public companies and in 2020 for private businesses and not-for-profit entities.

Under current practice, lessees account for all of the payments on their operating leases on their income statements, but they don’t account for future obligations on their balance sheets. In the wake of the Enron scandal, leases were seen as a way to avoid recording debt. And the Securities and Exchange Commission (SEC) estimated in 2005 that about $1.25 trillion in operating leases wasn’t being recognized on public company balance sheets.

So, the Financial Accounting Standards Board (FASB) issued updated lease accounting rules in 2016. Under the new standard, operating leases will move to the face of the balance sheet, rather than simply being disclosed in financial statement footnotes.

Specifically, the updated guidance requires right-to-use assets to be added to the assets section of the balance sheet and lease obligations to be added to the liabilities section. A lease obligation must be discounted to its present value by the rate implicit in the lease or the lessee’s incremental borrowing rate. These changes could make lessees appear significantly more leveraged and unexpectedly cause entities that are unprepared for the new standard to violate their debt-to-equity loan covenants. Lessees will also be required to make additional disclosures to help users of financial statements better understand the amount, timing and uncertainty of cash flows related to leases.

FASB Chairman Russell Golden, upbeat about the upcoming changes, said in a statement, “The new guidance responds to requests from investors and other financial statement users for a more faithful representation of an organization’s leasing activities. It ends what the U.S. Securities and Exchange Commission and other stakeholders have identified as one of the largest forms of off-balance sheet accounting, while requiring more disclosures related to leasing transactions.”

How do you report leases under the new standard? The first step is for companies to identify existing contracts with terms of more than one year, which could number in the thousands for large retailers, restaurant chains and other publicly traded lessees. Then management needs to decide which contracts qualify as lease agreements. Some contracts (or portions thereof) may qualify as service agreements, which are outside the scope of ASU 2016-02.

Once a company has cataloged its agreements, management can evaluate the terms of the leases. Ultimately, management should look at each leasing arrangement to determine whether it:

For continued or renegotiated leases, the company will need to start tracking the requisite information to implement the new accounting standard. For many lessees, the compliance costs, combined with low interest rates and the availability of bank financing, could tip the scales in favor of buying, rather than leasing, assets. For others, however, leasing will continue to be a prudent option.

The upside is that the new lease standard will encourage companies to centralize control over leases. When different locations or business segments make independent leasing decisions, a company’s lease portfolio starts to look like a patchwork quilt. A more targeted, centralized approach often leads to more efficient and consistent leasing decisions.

To ease the burden of complying with the new standard, the FASB recently agreed to issue a proposal in early 2018 that would give companies the option, as they implement the new rule, to continue presenting results using the current lease guidance for prior periods. (Currently ASU 2016-02 requires companies to follow a modified retrospective approach. This approach calls for a restatement of two prior years of balance sheets and three prior years of income and cash flow statements with the new accounting.)

In addition, the proposal would give lessors the option not to separately account for “common area maintenance” charges, such as security, elevator repairs and snow removal.

Banks and other companies that lend money to third parties have another rule to look forward to. Starting in 2020 for public companies and in 2021 for private ones, ASU No. 2016-13, Financial Instruments — Credit Losses: Measurement of Credit Losses on Financial Instruments, requires financial institutions to immediately record the full amount of expected credit losses in their loan portfolios.

Under existing GAAP, companies must report the amortized cost of credit losses using an “incurred loss” model. That model delays recognition until it’s “probable” that the financial institution has incurred a loss. The FASB expects that the adoption of the current expected credit loss (CECL) model will provide more timely and relevant information.

The new standard doesn’t require companies to change their methods for estimating credit losses. So, lenders can continue to use their existing loss estimation techniques, such as discount cash flow methods, loss rate methods, probability of default methods and aging schedules. However, the inputs of those techniques will change to account for the full amount of expected credit losses and the use of reasonable and supportable forecasts.

Have you started implementing the new accounting rules for reporting revenue, leases and credit losses? They will materially alter the way you report major business transactions and may cause you to rethink agreements with customers, lessors and borrowers.

Discuss these new standards with your CPA to determine which ones will affect your business. Then devise a game plan for how to change your accounting systems and record keeping practices to stay ahead of the implementation deadlines. For some larger private companies, it might even make sense to adopt the changes early to keep pace with publicly traded competitors.  If you have any questions or would like more information about how this may affect you, please contact us today!