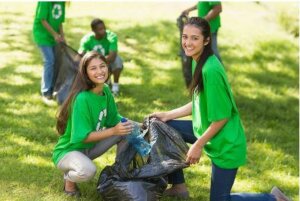 Are the Litter Generating Products Sold by Your Business Creating Additional Compliance Requirements?

The push for a “green”, more eco-friendly environment is increasing every year. Littering has long been a problem for communities, and many solutions for cleaning up communities have been attempted. There are statutes aimed to clean up communities, however, only a few states have enacted a litter tax to be assessed on qualifying businesses.

A litter tax is levied on companies that are in industries that produce litter generating products, such as food and beverage containers and other types of products made from metal, plastic, rubber and paper stock. Litter tax revenue is often used by state governments to fund projects that educate the community on the damages and impacts of littering but there is rarely enough funding to support litter cleanup. Litter tax statutes are active in states such as Hawaii, Nebraska, New Jersey, Ohio, Tennessee, Virginia and Washington.

Litter tax legislation can be costly for states to enact, as it requires a government collection agency to enforce such laws. Most of the aforementioned states implemented litter tax statutes in the 1970s and 1980s but unfortunately, these states have not witnessed any significant effects on the litter and waste produced in state. Ohio, one of the country’s more ambitious states with respect to litter tax, collects around $10 million dollars per year after originally implementing this law in 1981. As opposed to limiting the number of litter generating products sold, most businesses merely pay the litter tax imposed, passing along the costs to customers where the market permits. For businesses that manufacture litter generating products, it is imperative to maintain an awareness of which products may be subject to litter tax.

Manufacturing a variety of products can be subject to litter tax in the states that have enacted such tax legislation. Products such as food for human or pet consumption, soft drinks and carbonated beverages, beer and other malt beverages, wine, cigarettes and tobacco products, newspapers and magazines, household paper and paper products, glass containers, metal containers, plastic or fiber containers made of synthetic material, cleaning agents or toiletries, non-drug drugstore sundry items, and more can all be subject to litter tax when produced in a state that has enacted litter tax laws. Businesses that manufacture products that fall within these categories may have significant risk exposure if they are noncompliant with litter tax laws.

Contact EFPR Group for further information on a variety of excise tax rules and regulations or assistance in analyzing the compliance requirements associated with litter generating products. The materials contained herein are intended for educational and informational purposes only and do not constitute tax or legal advice. Readers are responsible for obtaining such advice from their own tax and legal counsel.