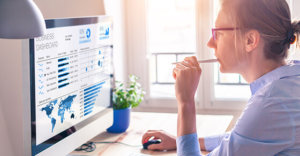 This article applies to partnerships that may have foreign activities or foreign partners.

Abstract: The IRS recently provided information about, and copies of, two new draft forms for 2021, as well as draft versions of the instructions to those forms. This article offers an early look at the forms, particularly proposed parts of Schedules K-2 and K-3.

The IRS recently provided information about, and copies of, two new draft forms for 2021, as well as draft versions of the instructions to those forms. The forms would apply to partnerships required to file Form 1065 only if they have items of international tax relevance (generally, foreign activities or foreign partners).

The new forms are designed to provide greater clarity for partners on how to calculate their U.S. income tax liability with respect to items of international tax relevance, including claiming deductions and credits. The new forms wouldn’t be used by domestic partnerships with no international tax items to report.

The new forms are:

The format of the new forms is designed to better align the information that partnerships provide on the schedules with the tax forms used by partners, allowing partners to more easily prepare their tax returns and the IRS to more efficiently verify taxpayer compliance. It’s intended that information to be reported on the new forms is already required to be provided by partnerships to their partners.

Given the sweeping nature of the changes, the IRS is planning a series of listening events to take comments and answer questions about the forms. The agency will post more details about these events as soon as they’re finalized. Contact us if you have any questions.