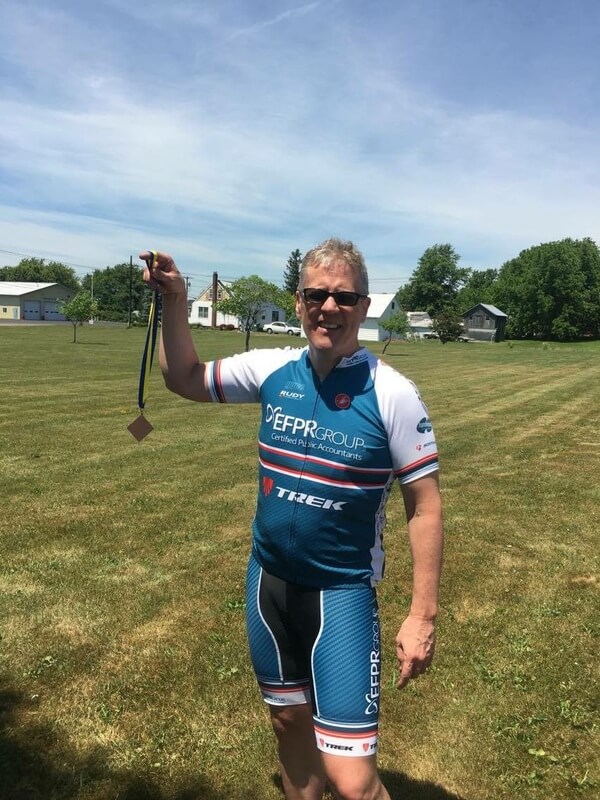 The Empire State Senior Games is an organized competition for those ages 50 and older. This year, hundreds of athletes from across the state came to compete in the Games. Kevin has been active in the cycle racing community for over 10 years.

The EFPR Group-Trek Cycling Team participates in amateur racing events across New York State, the United States and Canada. The team’s primary objective is to grow and support the sport of cycling at the grassroots level, especially for junior riders.