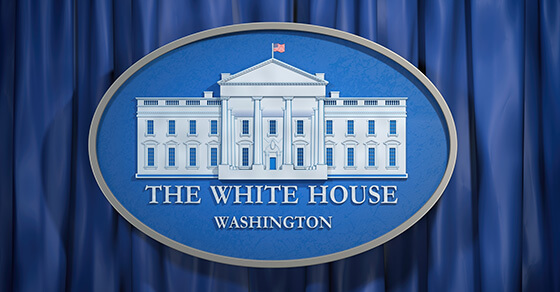 Now that Joe Biden has been projected as the winner of the presidential election by major news outlets,* you may wonder if your federal taxes will be affected.

President-elect Biden campaigned on a broad agenda, including a pledge to roll back many of President Trump’s tax policies. In response to the Tax Cuts and Jobs Act (TCJA), Biden has promised a progressive approach to taxation, focused primarily on increasing the burden on businesses and high-income individuals.

Of course, his odds of translating his proposals into legislation largely hinges on the outcomes of runoff elections for the two Georgia seats in the U.S. Senate. Biden’s party needs to win both seats to take a majority in the Senate. But the elections aren’t scheduled until January 5, 2021 — too late to implement many traditional strategies to reduce 2020 taxes.

Here are some of the most significant proposals that could affect individuals and business’ tax liability if enacted.

Biden’s tax policy includes numerous changes that could make changes to the tax bills of individual taxpayers, particularly those with higher incomes, including the following:

Tax rates. Unlike some of his competitors in the Democratic primary, Biden hasn’t pushed for a wealth tax. He would, however, return the top individual tax rate to 39.6%, the pre-TCJA rate, from 37%. The current rates for all other tax brackets would remain in place.

Social Security taxes. Biden has proposed new payroll taxes on those earning $400,000 or more. Currently, employers and employees pay a combined 12.4% on the first $137,700 (adjusted for inflation) of an employee’s earnings for Social Security tax.

Biden’s approach would create a “donut hole” where income from $137,700 to $400,000 wouldn’t be subject to the tax. The hole would slowly close over time as the lower threshold creeps up closer to the static upper threshold due to inflation.

Biden would increase the credit at $3,000 per child for children ages 6 to 17 and $3,600 for children under age 6. He also would make it fully refundable. Unlike most of Biden’s tax proposals, this change may have bipartisan support in Congress.

Credits for caregiving. Biden would establish a new tax credit up of to $5,000 for “informal caregivers” of aging family members. In addition, he would expand the child and dependent care credit from a maximum of $3,000 for one qualifying individual or $6,000 per family, to a maximum of $8,000 for one or $16,000 per family. Fifty percent of the credit would be refundable.

Housing tax credits. New refundable housing credits would be available, as well. Biden seeks a credit of up to $15,000 for eligible first-time homebuyers — which would be collected at the time of purchase, rather than requiring taxpayers to wait until they file their tax returns. He also proposes a credit for low-income renters that would keep rent and utility payments to 30% of monthly income.

Biden also would restore the “Pease limitation” that the TCJA repealed through 2025. The limitation reduces itemized deductions by 3% for every dollar that a taxpayer’s adjusted gross income (AGI) exceeds a specified income threshold. Biden would adopt a threshold of $400,000.

It’s not all bad news when it comes to itemized deductions. Biden proposes eliminating the TCJA’s $10,000 limit on itemized deductions for state and local taxes, which particularly hurts taxpayers in high-tax states such as California, Illinois and New York.

Retirement saving incentives. Biden favors a refundable tax credit (rather than a deduction) for each dollar contributed to certain retirement accounts, such as 401(k) plans and IRAs. Policy analysts have predicted a credit of around 26%. This reduces the savings benefit for higher-income taxpayers, who now can claim deductions that reduce their AGI for their contributions.

Businesses have voiced concerns about several aspects of a Biden tax plan, including:

Corporate taxes. Biden’s intention to raise the corporate tax rate probably has garnered the most attention on the business side of the equation. The TCJA reduced the rate from 35% under the Obama administration to 21%. Biden would land on the middle ground, raising it to 28%.

Biden also would impose a 15% alternative minimum tax on reported book income (versus the income reported on corporate tax returns), for corporations with at least $100 million in annual income

Qualified business income (QBI) deduction. Through 2025, taxpayers generally can deduct up to 20% of their QBI from a pass-through entity (sole proprietorship, LLC, partnership or S corporation). Phaseouts begin at higher income thresholds — for 2020, they kick in when taxable income exceeds $163,300 for single taxpayers or $326,600 for married couples) — and other limitations also apply. The QBI deduction reduces the effective top rate for these taxpayers from 37% to 29.6%.

Biden would simplify the deduction by not allowing it for individuals earning more than $400,000. Those taxpayers could see a 10% jump in their tax rate, from 29.6% to the 39.6% top tax rate. He also would eliminate the deduction for rental real estate activities.

Biden has indicated he would like to roll back the exemption to $3.5 million for estate taxes. He would exempt $1 million for the gift tax and impose a top estate tax rate of 45%.

Biden also aims to end the so-called step-up in basis that spares beneficiaries substantial tax liability for capital gains on inherited assets that have appreciated in value, such as stock or a house. Specifically, if a beneficiary sells an inherited asset now, the capital gains tax is based on the asset’s fair market value at the time of the inheritance, rather than the date of the original purchase.

Higher-income taxpayers may want to take steps before year end to mitigate the risk that the Georgia run-offs result in a Democrat majority in the Senate and, eventually, hikes in income tax rates. Some strategies higher-income taxpayer may consider if they fear higher rates next year include selling stock this year or accelerating income into 2020 and deferring deductible expenses into 2021.
Conversely, middle-income taxpayers who could benefit from Biden’s proposals may want to consider deferring income and accelerating expenses into 2020. Whether their tax rates drop or remain the same, these measures generally are advantageous.

Roth IRA conversions are another approach that can pay off should tax rates go up in the future. When a traditional IRA is converted, the taxpayer must pay income tax on the fair market value of its assets on the date of transfer. Income tax rates may not be lower than they are now for at least the next four years.

On the estate planning front, this is a good time for high-net-worth individuals to consider intra-family loans, especially in light of the historically low interest rates. The loans don’t affect one’s gift and estate tax exemption and can subsequently be converted to a gift if advisable in a new tax environment. The value of the note on the loan will be frozen in the lender’s estate, and the loan proceeds can grow outside of the estate.

Wealthy individuals also should look into vehicles such as grantor retained annuity trusts and charitable lead annuity trusts. Making trust transfers now, while current exemptions are in effect, can lock in the benefits of those higher exemptions (assuming exemption adjustments aren’t retroactive).

With the federal budget deficit now over $3 trillion and the need for additional stimulus spending due to the COVID-19 pandemic, new tax laws could face an uphill battle, regardless of Senate control. We’ll keep you up-to-date on the developments that could affect your personal and professional bottom lines.

*The Electoral College will certify the election results by December 14. There also are some ongoing state recounts and legal challenges.