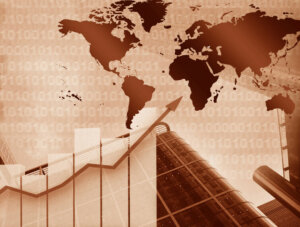 As COVID-19 continues to be a major hurdle, multiple states are beginning to announce plans on how they are going to tackle the growing deficit caused by the nation-wide shutdown. With the huge loss already in 2020, states are desperate to find ways to diminish the financial gap, as well as trying to take the burden of the crisis off of its residents.

California is looking to propose tax law changes in conformity with provisions of the CARES Act (Public Law 116-136). California does not automatically adhere to most federal tax law changes, but it is important in regards to retirement account loans and business forgiveness loans that are included in the federal coronavirus relief package.

Two bills have been proposed by the Assembly in order to lessen the burden of the pandemic and help relieve financial stress to California residents. A.B. 1577, proposed by Assemblywoman Autumn Burke (D), would forgive Paycheck Protection Program (PPP) loans from being taxed at the state level. On the federal level, any companies that have received a PPP loan are eligible for the loan to be excluded from federal tax as long as the loans were used to cover payroll and business expenses. If this bill is not passed, California businesses will owe an estimated $3 billion in state tax.

A.B. 276, proposed by Assemblywoman Laura Friedman (D), would mirror the provisions of the CARES Act that would allow residents to borrow $100,000 from their retirement accounts. As long as the full amount borrowed is repaid within five years, there is no penalty. Without this bill, only $50,000 would be allowed to be repaid without penalty, and the other $50,000 would be considered a distribution and would be subject to income tax and withdrawal penalties.

Both bills have passed the Senate Governance and Finance Committee. However, the bills must pass the Senate Appropriations Committee and the full Senate and Assembly by August 31st in order for the bills to reach Governor Gavin Newsom (D), who has yet to decide on these matters.

As New York faces an estimated $30 billion deficit over the next two years, Governor Andrew Cuomo is facing pressure from his fellow Democrats on the matter of raising taxes on millionaires and billionaires within the state. As of right now, Cuomo is not backing up the call to raise taxes for the wealthy, saying that the state is counting on the federal aid package that is waiting before Congress.
Cuomo’s concerns for taxing the wealthy is stemming off of a couple of main points. Cuomo cites that, with the current number of billionaires in NY, they would have to tax each billionaire $500 million, saying that “their numbers are too low” to cover the current deficit. Cuomo also fears that if NY raises taxes on the wealthy, then business will leave the state, thus creating issues down the road.

However, even with Cuomo stating his stance on the matter, other Democrats are not backing down. State Senate Majority Leader Andrea Stewart- Cousins (D) states that a huge additional revenue stream from the state is going to be needed and that proposals are already in the works. She states that while everyone has been hurt by the pandemic, “we
shouldn’t be looking to the already overburdened working and middle class to solve the crisis.” State Senate Majority Leader Andrea Stewart- Cousins (D) was backed by Assembly Speaker Carl Heastie (D), stating that the Assembly has backed the notion that those that have more should “pay their fair share”.

Senate Minority Leader Rob Ortt (R) seems to agree with Governor Cuomo on this matter, especially in terms of trying to prevent businesses from leaving NY. “Coupled with the earlier coronavirus devastation and the skyrocketing crime rates, a new tax will only fuel the ongoing exodus.”

Both Colorado and South Carolina have pulled out of previous agreements to make additional payments to their pensions, which were underfunded to begin with.

Colorado terminated a $225 million payment plan to the state’s Public Employees’ Retirement System from 2018 to increase the pensions funds, a pension system that was only 60% funded after years of lax government contributions. Colorado’s deferment of the $225 million was a “credit negative”, which will allow the unfunded liability to grow at a compounding rate of 7.25%, which is also the expected rate of return.

South Carolina has suspended statutorily scheduled employer contribution increases of 1% per year, which was scheduled in 2017 to start in 2019. The pension, which was only 54% funded, has reduced the amortization period from 30 years to 20, which will require the state to pay off the debt faster. South Carolina has also reduced the expected rate of return from 7.5% to 7.25%. Governor Harry McMaster has hopes to close the $32 billion defined benefit plan and implement a 401(k)-style plan for all new state employees.

Between all states, there is an estimated $555 billion deficit through 2022. Unless more aid comes from the federal side, expect more states to implement plans in order to ease the current budget crisis. The EFPR Group SALT team is actively following these developments as they happen. If you have any concerns about how this will affect your business, please contact us today!