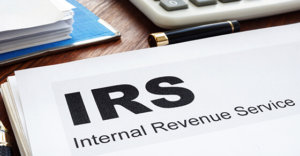 This article applies to taxpayers that may have an interest that creates ownership of a Controlled Foreign Corporation. The new GILTI tax is discussed as well as an exclusion from the tax for non-US corporation that operates in high tax jurisdictions and thus may not be subject to the GILTI tax based on a new high-tax exclusion.

Abstract: The IRS recently issued final regs under Internal Revenue Code Section 951A, including global intangible low-taxed income (GILTI) provisions regarding the treatment of income subject to a high rate of foreign tax. This article reviews the 2019 proposed regs and covers highlights of the final regs.

The IRS recently issued final regs under Internal Revenue Code Section 951A, which include global intangible low-taxed income (GILTI) provisions regarding the treatment of income subject to a high rate of foreign tax.

The IRS has also issued proposed regs, issued contemporaneously with the final regs, that propose to generally conform the rules implementing the Sec. 954(b)(4) subpart F high-tax exception to the rules implementing the GILTI high-tax exclusion. In addition, the proposed regs provide for a single election under Sec. 954(b)(4) for purposes of both subpart F income and tested income.

In 2019, the IRS issued proposed regs that provided an election to exclude the following from gross tested income: gross income subject to foreign income tax at an effective rate that’s greater than 90% of the rate that would apply if the income were subject to the U.S. maximum tax rate. (This is the GILTI high-tax exclusion.)

The 2019 proposed regs applied based on the effective foreign tax rate imposed on the aggregate of items of tentative net tested income of a CFC attributable to a single qualified business unit (QBU) of the CFC that would be in a single tested income group. Furthermore, the regs applied on a QBU-by-QBU basis to minimize the “blending” of income subject to different foreign tax rates, as well as to more accurately identify income subject to a high rate of foreign tax such that low-taxed income continued to be subject to the GILTI regime in a manner consistent with its underlying policies.

Last, the 2019 proposed regs contained proposed rules under Sec. 951, Sec. 956, Sec. 958 and Sec. 1502 for determining stock ownership and GILTI for partners of domestic partnerships that are U.S. shareholders of a CFC.

Furthermore, the final regs replace the QBU-by-QBU approach in the 2019 proposed regs with a more targeted approach based on “tested units” and permit some additional blending of income under the “tested unit combination rule.”

The final regs are consistent with the applicability date in the 2019 proposed regs. Thus, they provide that the GILTI high-tax exclusion applies to:

In addition, the final regs permit taxpayers to choose to apply the GILTI high-tax exclusion to:

These are just a few of the notable details regarding the final regs. Consult us for more information and any questions you might have.