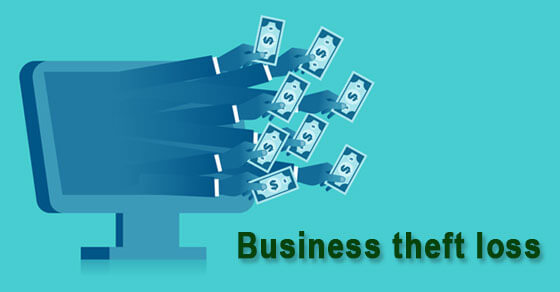 A business may be able to claim a federal income tax deduction for a theft loss. But does embezzlement count as theft? In most cases it does but you’ll have to substantiate the loss. A recent U.S. Tax Court decision illustrates how that’s sometimes difficult to do.

The tax code allows a deduction for losses sustained during the taxable year and not compensated by insurance or other means. The term “theft” is broadly defined to include larceny, embezzlement and robbery. In general, a loss is regarded as arising from theft only if there’s a criminal element to the appropriation of a taxpayer’s property.

In order to claim a theft loss deduction, a taxpayer must prove:

Facts of the recent court case

Years ago, the taxpayer cofounded an S corporation with another shareholder. At the time of the alleged embezzlement, the other original shareholder was no longer a shareholder, and she wasn’t supposed to be compensated by the business. However, according to court records, she continued to manage the S corporation’s books and records.

The taxpayer suffered an illness that prevented him from working for most of the year in question. During this time, the former shareholder paid herself $166,494. Later, the taxpayer filed a civil suit in a California court alleging that the woman had misappropriated funds from the business.

On an amended tax return, the corporation reported a $166,494 theft loss due to the embezzlement. The IRS denied the deduction. After looking at the embezzlement definition under California state law, the Tax Court agreed with the IRS.

How to proceed if you’re victimized

If your business is victimized by theft, embezzlement or internal fraud, you may be able to claim a tax deduction for the loss. Keep in mind that a deductible loss can only be claimed for the year in which the loss is discovered, and that you must meet other tax-law requirements. Keep records to substantiate the claimed theft loss, including when you discovered the loss. If you receive an insurance payment or other reimbursement for the loss, that amount must be subtracted when computing the deductible loss for tax purposes. Contact us with any questions you may have about theft and casualty loss deductions.